O.M.G. Headline says Kentucky teen "forced" to kneel in principal's office.  Don't know what to expect?  Here is the link to the article.

If you took time to read the entire article you will find that the school has a dress code with a dress length and it is supposedly known about by the students and their parents and, blah blah blah... If you don't want to read the article, that's ok too.

My rant is mostly not about what happened, it's about the title of the article. I thought I was going to read an article about a teen that had been abused by a principal by being physically forced to kneel as punishment for disobeying school rules. What the article states is that in order to see if the student is in compliance with the dress code, she is asked to kneel on the floor so the female principal can measure the distance from the floor to the edge of her hem.

The student was un-freaking-comfortable being asked to do this and requested (I expect "knowing her rights") that her parents be present for this.  She then missed two hours of class waiting for her parents to come to the school, witness the measuring and seeing first-hand whether she was or was not in compliance with the dress code. Apparently she and 40 other girls were not.

I suppose in today's world this is the way things happen, so I sound like my mother and maybe even my grandmother when I say "well, back in my day...", but say it I will.

Back when I went to high school we had a similar rule and the only way to get an accurate measurement was to do just what was asked by the principal in the article. You have to drop to your knees briefly, upright (not on all fours or in a prone or spread eagle position) and have your damn skirt measured.  It probably doesn't take over fifteen seconds. Fifteen seconds, bitches, fifteen seconds.  If you know you are in the right, you drop, you are measured and you then snicker your young self back to class.

If you know ahead of time that your dress is too short, you feel uncomfortable, you call your parents, you sit in a chair, missing most of your classes while you wait on them and try to figure out how to make this the principal's, the school's or even society's FAULT, because you don't want to admit that you're in trouble.

Two hours is long enough for a kid to cook up a scheme that just might work. If she's caught, she'll call the local news and go all "I'm a victim of abuse at the hands of the principal".

Man, times have changed. I was sent home twice for wearing culottes, and it was my own fault. I knew we weren't supposed to wear them and I tried it and got sent home in the 9th grade and again when I was a senior...both by the same teacher, by the way, and the second time was at an after school event (I was handing out programs for a school play).

Well, that's my rant for today and I got through the entire blog without saying anything nasty, but believe me, after watching the news clip, there were so many things I could say.

So I suppose the moral of the story is God may not care if you wear a certain length skirt to church, but your school does. You know that they have this rule and you know that they are cracking down on this rule, so act accordingly and you won' be forced to kneel in the principal's office.

OK, sister and sister-in-law, I found something that I want you gals to make for me.  You can start out basic, and then you can move on to more elaborate ones.  Remember these? I wore them in the 70's and loved the plain one that I had... 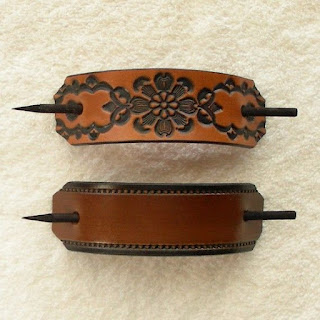 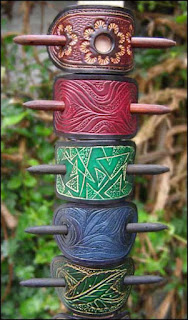 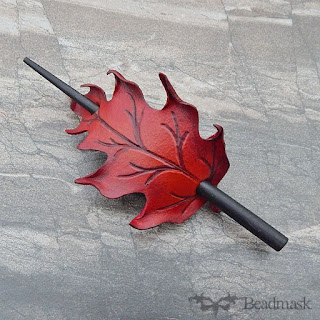 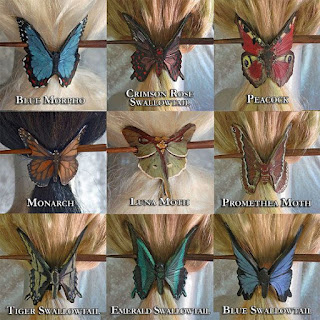 Now I realize that the butterfly ones are a bit much, but it you think they are wild, check out this sea creature... 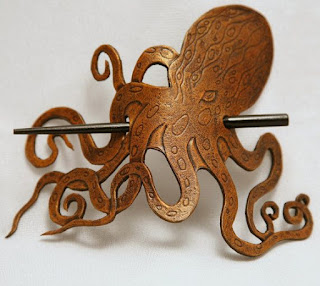 So for to my leather loving sisters (hmmm, that sounded weird), I need some handmade hair slides. Hook a sister up...