Nothing new to bring to you...

so I thought I would post some of my recent alcohol ink paintings... 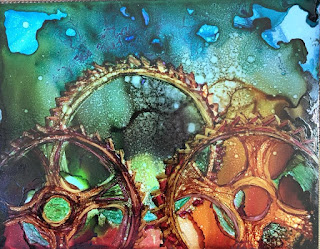 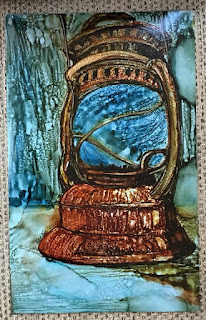 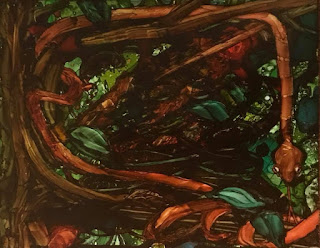 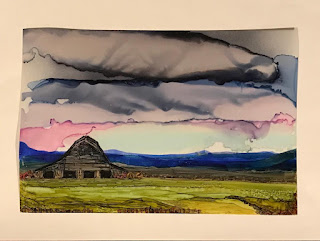 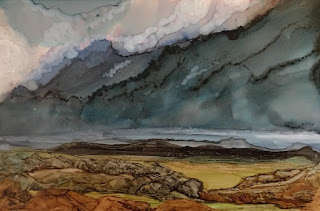 So all of these are painted with fluid alcohol ink on smooth plastic type papers (Yupo or DuraLar) and the images and/or enhancements were hand drawn on with Alcohol Markers...


Every member of the previous generation moans and groans about how things change. Every generation has their "I remember when" speech to let people know how much better it was when they were younger. For the most part I laugh and agree and say something like "that's progress" or "that's the way it is now", but upon reflection and remembering my own past, something has been brought to the front of my brain that I want to address.

Hatefulness...bullying...disrespect...gossip...rudeness...name calling... shaming...even taking photos as proof...of people you don't even know.  This seemingly acceptable activity of seeing someone who is different from you, in dress or looks, and laughingly posting it on a "Walmart People" webpage, or tweeting it for all your tons of followers to see, just so you can laugh at someone...well this pisses me off no end.  It pisses me off because seemingly people of all ages do this.  It pisses me off because I've seen it before, we just didn't have computers and hand held devises to make it so obvious.

When I said I was reflecting and remembering, I was thinking of my own past. I was thinking about people that I knew personally. I remember being "teased" to my face, as a child, not only at school, but by my uncle and his friends because I was so chubby. No one knew how horrified I was every time company came to visit and I was brought out, not to meet the adults, but to be looked at. No one knew, because they didn't think they were doing anything wrong. The things that were said in front of me were never forgotten... "it's too bad, because she does have a pretty face" was one of the nicer comments. Was this because of the so-called Generation Gap?

I know that my sister and brother have their own memories of this type of thing, from being told they were just about as attractive as a wet rat when they were born, to being harped upon for being skinny and being referred to as the smart one, as if to say well, maybe she won't be a total loss...why did they never think of our feelings? Generation Gap?

These comments were from people that had been through some tough times (deaths, wars, poverty and such) and supposedly pulled themselves up by their boot straps and were actually considered to be well thought of in our small community. They were also people who were supposed to care about us. I know, in my heart, that they did care about us.

And yet, what I seem to remember is that they always had something very negative to say about how someone looked. It was always about how they looked.  When I was thirteen and loving the sixties and the music and fashion and trying to figure things out, I heard often, especially from one uncle "all she does is stand in front of the damned mirror."  Maybe I was searching the mirror for something positive that I could latch on to. My grandmother even gave me money to not wear make up for three months. A bribe to change my outer self.  Looks were everything. Her friends may say something.

When I was younger, one of the things we did regularly was to go to the city for ice cream on Sunday after church. For me it was hours of listening to what I felt were insults.  We would drive around the city and my uncle would point out these beautiful women of color in their big hats and brightly colored dresses and say "there goes Miss Ethel in her new dress" as if comparing my grandmother to another lady the same age, but a different race, was really funny. Honestly I never got it.  I still don't. You might say it was because of the way they were raised, but it was still mean... but I think lots of men of that era were mean.

When my little brother would have to pee on the Sunday ride, as he always did,  I dont remember them bringing a potty or a bottle or something for him to use, Uncle would stop the car in an area that was slightly wooded and out of sight for brother to pee. He would wait until the little guy gathered the courage to pee on the side of the road and then threaten to drive off.  Sometimes he would roll down the window while he was doing his little business and say loudly "here comes the police". I laughed with them, as I was supposed to, but I still thought it was mean and looking back on it now, it really seems almost abusive. My mom stayed quiet, she had three kids and her own set of troubles and we didn't have our own car and well, we shouldn't rock the boat.

All of this reflection came back to me when I saw a post with photos that appears on Facebook about Walmart People and I started to think about how hateful these people must be, to think it's funny to always make fun of someone for how they look. Do they not realize how mean it is? How shallow?

Maybe my uncle thought it was all right because no one (but us) could hear him and his ugliness (disguised as humor). He liked to present himself in a much more positive way when in public...

No, I think not. I just don't want to believe that these are the same people. I think these are the people that say they are people watchers. Give it a cute name and it's ok to snicker and take pictures behind someone's back.  Sigh.

So there are my thoughts for today. Hopefully, future generations won't have these kinds of thoughts. Maybe things will change. Maybe not. Maybe there will always be a generation gap.
Posted by Susan at 5:28 PM 3 comments: